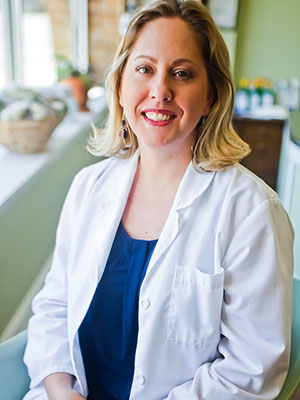 Dr. Jodi Perrin, is a long time resident of Aurora, Illinois, graduating summa cum laude from National University of Health Science in 2014 with her Doctor of Naturopath Medicine degree. Prior to pursuing her interest in natural medicine, Dr. Perrin graduated in 2004 from Palmer College of Chiropractic in Davenport, IA, spending the next seven years delivering chiropractic care in Michigan and Illinois. Having passed her Naturopathic board exams early in 2015, Dr. Perrin will soon obtain her Naturopathic Medicine license from the state of Minnesota. Dr. Perrin is also certified in Acupuncture along with an additional 100 hours of specialized training in Maternal Health and Pediatrics.

Dr. Perrin strongly believes that true wellness comes from within and that by combining the benefits of chiropractic, acupuncture, and natural medicine she is able to assist patients’ on their journey of achieving optimal health and wellness. She has experience working with patients as young as 6 weeks old to 90 plus years old.

During her free time, Dr. Perrin loves to spend time with her family and her fur kids (a Sheltie dog and two cats). She enjoys gardening and crafts of any kind, especially scrapbooking and knitting. Dr. Perrin also loves to travel and has had the privilege of traveling many places including the Bahamas through the Chicago Shedd Aquarium, and India where she participated in an outreach clinic through Palmer Clinic Abroad.