If you use probiotics, then chances are you’ve heard some of these common probiotic myths: 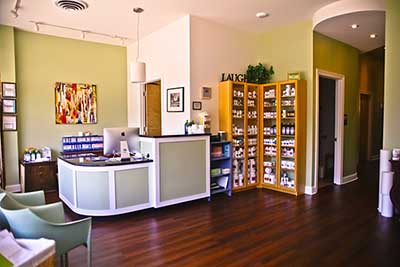 Myth #1: A probiotic needs to be refrigerated to be effective.

Though it’s common to find probiotics in the refrigerated section of the grocery store, refrigeration is not an indication of a good quality probiotic. In fact, it’s actually a sign of a very weak probiotic. If your probiotic cannot survive at room temperature without falling to pieces, then how do you think it will survive in your 98-degree body, much less through your harsh digestive tract? Short answer: it won’t. Look for a probiotic that maintains stability at higher temperatures.

Myth #2: You need to rotate your probiotics to create diversity and maintain efficacy.

Myth #3: You don’t need to take a probiotic if you eat fermented foods.

Although fermented foods can be excellent prebiotics that feed your gut bacteria, they do not create lasting change in the gut. Since prebiotics are not selective, they will feed both good and bad gut bacteria. If you suspect that you might have a gut infection, it’s much more effective to take a powerful probiotic that can control intestinal pathogens before introducing fermented foods to your diet.

Though it’s easy to think MORE is always better, there is no scientific evidence to suggest that the health benefits of probiotics are dose-dependent. In fact, having 50 billion CFUs in your probiotic is only helpful if you can confirm that 50 billion CFUs are surviving digestion, but survivability studies with some of the leading probiotics (250 billion CFUs) indicate that 99% of the bacterial cells in these products cannot survive digestion. This means that most people are paying for products with less than 1% survivability. It’s no wonder that most people find probiotics ineffective!

Most probiotics that you’ll find in the store contain some combination of Lactobacillus or Bifidobacter. While these are some of the good bacteria that reside in our gut, they are very poor stomach survivors and gut colonizers. Companies have tried increasing their dosages 10-fold, protecting them in enteric-coated capsules, and storing them in cooler temperatures to improve survivability, but the end result is the same: dead probiotics.

There’s another group of probiotic bacteria, known as bacillus. This group of bacteria naturally resides in the gut and protects us from disease, but we can no longer get them from our food supply. Bacillus probiotics have the ability to form protective outer shells, known as endospores, that can shield them from high temperatures, pressure, UV light, acid, dehydration, and lack of oxygen. Because of this feature, Bacillus probiotics are uniquely designed to withstand the harsh conditions of the digestive tract, but that’s not all!

Bacillus probiotics have also been shown to control unwanted gut infections, tutor the immune system, and increase microbial diversity in the gut by producing their own prebiotics. If you’re tired of recommending probiotics that don’t work, we recommend MegaSporeBiotic™. MegaSporeBiotic will keep working month after month because it is a true and effective probiotic.