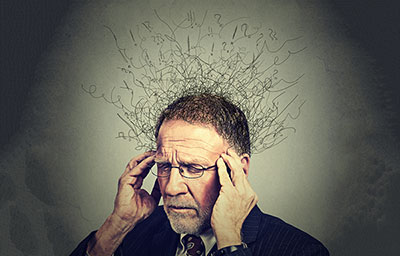 The Cost of Alzheimer’s Disease is Immense

People diagnosed with Alzheimer’s disease live an average of 4-8 years after diagnosis. As the disease progresses, many will need around-the-clock care. In 2018, the cost of Alzheimer’s disease was $290 billion and its expected to grow to $1.1 trillion by 2050.

Symptoms start gradually and affect the executive functioning, which is the ability to process information and make good decisions. Problems begin with confusion about time and place, poor memory, especially with short-term, difficulty speaking and writing, poor judgment and changes in mood, like aggression and agitation.

As with most diseases. it is easier to prevent than to reverse. That is why we should take our mental health seriously and work our entire lives to prevent this horrible end of life. It ruins memories and divides families. I believe much can be prevented and reversed with natural medicine.

Prescriptions drugs do NOT reverse or cure Alzheimer’s disease. The best-case  scenario is to slow its progression, however even this is unproven. The side effects also need to be considered and there are almost always side effects.

Getting Off of All Unnecessary Medications – Many prescription drugs affect the brain. Cholesterol lowering drugs (e.g., statins) have known side-effects of cognitive impairment. It is gradual, so you don’t know it is happening. So, you give up your brain to have normal cholesterol on paper? NOT a good decision. Also, there are so many better ways of reducing cholesterol than by taking drugs. Vaccines contain high levels of mercury and aluminum—known causes of dementia.

Come in for a full evaluation by doctors trained and educated in identifying risk factors that can lead to Alzheimer’s disease. We will provide you with a safe, individualized, alternative treatment plan to support your brain function. It is never too late to work on improving your health.

Alzheimer’s disease is not the memory you want to leave your family.